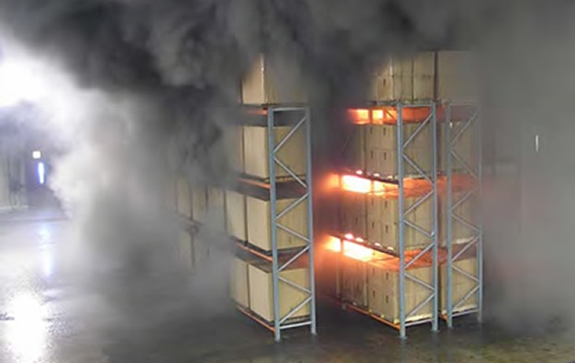 Smoke particles or carbon soot are results of incomplete combustion orduring pyrolysis. It could also be the by-product of smouldering fires due to insufficient Oxygen.

The smoke particle as well as colour will depend on the type and quantities of material that is burning. Organic materials normally produced thick black smoke especially hydrocarbon base products or materials. Synthetic material e.g. upvc cables normally produced greyish smoke particles in lesser quantities which makes early detection more difficult. During a fire incident, other than some particles, there ae also airborne toxic fume particles which may be carcinogen in nature. These toxic particles has been confirmed to cause cancer resulting in many death of USA firefighters of late.

Smoke is a major cause of fire propagation as smoke layer carries temperature and radiates in raising room temperature to induce flashover. Rooms, corridors or compartments fill with smoke particles reduces visibility impede escape and make firefighting and search and rescue more difficult.